​​​​​​​Another historical abbey beer Averbode and its sibling Delirium

Friday 17th April – Belgian abbeys are not only a big highlight in our catholic history, but they are a very active community from different perspectives. Speaking of Averbode in particular, one of their activities is the collaboration from 2014 with Huyghe brewery: together they launched a beer named after the abbey, and that’s how Averbode was born. On Wednesday 15th April, I held an online tasting dedicated to this abbey beer, in combination with its sibling Delirium Nocturnum.

Follow the Belgiumbeerdays rules on how to experience a tasting

First of all, I share with my “public” that a tasting is does not start straight to the drinking, but it’s a matter of first looking, then smelling the beer and only then you have the right to taste it with your mouth. At first, we noticed the nice yellow-golden colour and its big sticky head. The nose notes are very promising: from malty, fruity notes to a strong hoppy aroma. Aroma hops of the dry-hopping process explains this aroma. Time to taste: what a smooth creation! I love it! The density of the beer is high, because of the use of lots of different malts like oat, spelt, wheat and barley. Especially the oat creates the creaminess of the beer. I may forget to try the chocolate as I’m just enjoying this beer with no limits. As I received a surprise package of Daskalides chocolate, I actually didn’t know the flavours – except from the dark colour – so I just picked one randomly and the combination was a strong match as the chocolate and the beer both had sweet and bitter flavours. The crunchy chocolate had a good mix of milk and nuts notes. The beer is considered a strong Belgian ale, and not a triple, as it has an alcohol percentage of 7.5%. What makes this beer more unique, is that the name refers to an abbey, which explains why it carries the Abbey beer title.

The Averbode Abbey is open for the public, just like their brewery partner Huyghe

Some people know the beer already, but the majority of the online watchers don’t know that it’s produced by Huyghe. Yes, Huyghe is an international brewery, based close to Ghent, producing about 120.000HL/year of which more than 70% for the export market, The brewery receives groups of people for their visits, but looks like their partner Averbode abbey is offering this same experience. You’ll be surprised to hear that, on Sunday afternoons, you can visit the abbey even as an individual visitor. Except during the Corona pandemic of course… But even more extraordinary, is that the abbey also has some brew kettles in between their walls where they brew a small quantity just for their visitors. This way, they can avoid a transportation cost and three different styles of beers can be offered: Blond, Brown and Amber. We are very pleased with this news. Honestly, I would like to figure out who is brewing that beer. Always excuses for visiting new places, which I really don’t mind 😉 If I’ll be able to meet one of their monks, I ‘ll ask them why they decided to follow the spiritual order of the Norbertines. For those who read my blog of the 1st tasting, this confirms that there were more orders next to Sint Benedictus and Cistercians.

They experienced tough times like fires, epidemics and plagues but they carried on until today. They became a community of 70 members that produces beers, cheeses, bread and speculoos. The moment I was ready for my next sip, unfortunately, my decoration disappointed me as it fell on the ground without any announcement by my followers. I aks all of them to warn me next time so that I can feel a little bit more comfortable.

The best current investments are the sustainable ones

A unique flavour in its genre

It’s time for Delirium Nocturnum, which belongs to the portfolio of the best-known brand of Huyghe brewery. As this specific type of Delirium is more exclusive, there are not that many people who managed to take that beer home. Let’s get started. This beer has an amazingly shiny, brown-reddish colour finished with a large head. When smelling it, we notice nice chocolate, malt and some caramel aromas. Then, the biggest moment of the tasting: the flavour. It’s impressively malty but this time malt does not create sweetness but bitterness, as roasted malts & chocolate malts are the main ingredients. Pale malts are changed into dark malts by roasting them in malteries, in order to create a high level of bitterness. Another surprise is coming as we have another dark chocolate left to pair.

Since 1654 brew activities began in “The Appelhoek” and about 3 centuries later, the current family started to control the brewery. We didn’t have time left to go through the whole timeline, but remember that they reached now their 6 generations and luckily Alain did a good job as it looks like his son got the beer- DNA as he’s already jumping around between the brew kettles.

The brewery is brimming with projects

Ever heard of Delirium cafe, partly owned by Huyghe? A bar, consisting of 5 huge rooms, that is located in the city center of Brussels who receives in 2004 the Guinness world record for their largest beer portfolio. In the last decade, they opened worldwide more Delirium bars like in South-America, Amsterdam and Lisbon. From 2013, they decided to create a beer only brewed by women and launch it on the 8th March, the International Women’s day. When asking which other deliriums we all know, people are responding: Christmas, Tremens, Argentum all belong to this happy family.

In 2018 the brewery got a complete rebranding which explains why they have such nice glasses, bottles and so much more must-haves which can be ordered now on their new webshop. 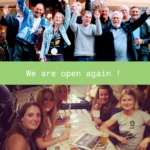 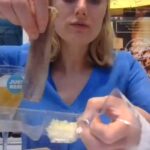 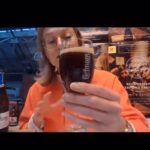