Don’t know which city you should visit?

Below is a list of our favourite places to eat and drink in Ghent. If you have a question, please do contact Liselot.

Thé beer spot of Ghent with more than 300 beers.

Beer spot in the shadow of our Sint-Jacobs church in the heart of Ghent.
Already more than 30 years, this bar is a safe bet in the beer scene in Ghent. With their large selection of local beers and a basement that date back from the 15th Century, they can be awarded as a real, authentic, ancient brown beer.

Not just a lager or a pintje, but only top-quality Belgian specialty beers where you can have a quiet, intimate chat.

Btw: The wife of the first owner came from Scandinavia: You have any idea which Belgian beer has a link with the specialty of Scandinavia?

The pleasantly refurbished bar, situated on a real, oldish boat.

This cargo barge bar is famous for its extensive beer menu with no less than 125 different beers. In addition, De Planck offers an excellent, traditionally brewed house beer going by the name of ‘Planckske’. Come here for good food & excellent beers.

In the heart of the city, the Patershol neighbourhood is home to microbrewery Brouwbar. The character of their own brewed beer: rebellious and at the same time deeply rooted in the Belgian beer culture. Here you can try our creations between the kettles in which the beers are brewed. From a sparkling saison to a powerful hoppy beer, be surprised by the wide variety of brews! The brewers will gladly give some information about their beers or the way the brewery operates.

Authentic bistro opposite the Town Hall

The guild of Saint George was one of Ghent’s guilds of guards, which protected the city and sometimes fought alongside the counts of Flanders. The guild had this building erected in the 15th century. This ensured that the military powers were located close to the economic (the Cloth Hall) and political powers (the Belfry and the Town Hall). The stepped gable is adorned with the patron saint of the guild, Saint George, killing the dragon.

A pizzeria with a twist. The dough is made with Duvel brewer’s yeast and the pizzas feature surprising combination of toppings. The interior of this former 17th-century inn still features the original bricks.

Levitra is not affected by food or alcohol and therefore can be taken with meals. vgrmalaysia.net Levitra helps to reduce the chemical reaction that makes erections fade.

Let us organise your dinner/lunch experience! 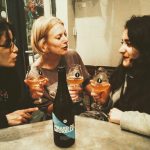 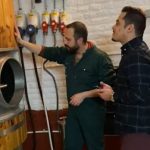 L’Annexe: a necessary stop during every brewery tour in Brussels
décembre 1, 2020Liselot