In October 2020, Eoghan Walsh, founder of the Brussels Beer City, published a short yet intricate history of beers and breweries in Brussels during the 19th and 20th century. Being an award-winning writer himself, the publication of this history couldn’t pass unnoticed so he brewed – with Brussels Beer Project – SCTCH 1920.

SCTCH 1920 is a typical 1920s scotch ale, bringing back some of his Irish/British heritage since Walsh himself hails from Ireland.

And I experienced it myself. One sip and you’re back in the roaring 20s – dancing the Charleston after reading some Maurice Maeterlinck.

In a blog post on Brussels Beer City, Walsh is reminiscent of the origin of SCTCH 1920:

“While finishing my book, I shared a beer with BBP brewer Sam Fleet. Sam is from the Black Country in England and has a keen interest in brewing history. We thought it might be fun to collaborate in the future on recreating something old school from our adopted homeland, maybe with a little added English influence.

Some time later I finished the book, and remembered my conversation with Sam. Virtually all of the breweries featured in the book have long-since disappeared, and as much as I can try to bring these breweries to life in prose something visceral is lacking – the taste, texture and sensory experience of the beers that were the very reason for their existence.

And was that even something we could recreate in some replica brewed in Brussels anno 2020?

But what did the brewers who have long-since disappeared look like? Let’s dive into the history of Brussels breweries.

It is no surprise that Walsh’s beer SCTCH 1920 was both a mixture of Brussels beer and British beer. As he writes that British beer was popular in the 19th century and early 20th century. Pale Ale was the go-to beer in Brussels during the Belle Epoque – until being taken over by Scotch Ale after World War I.

I didn’t know that FARO went out of style during this period, in favor of the more elegant Lambic. But apparently, it did.

In the 19th century, there were many brewers within the city walls of Brussels – with St. Gery as the epitome of Brussels breweries. It was the place where the Senne flowed into the city.

Other dynasties like Wielemans and Vanden Stock (Belle Vue and RSC Anderlecht) made Brussels the Heimat of great beer.

What Eoghan Walsh’s book shows, is that this isn’t new. It has happened before – over a 100 years ago. Brussels breweries have always had these tendencies to grow, innovate, and mix up the existing landscape of breweries – think Gueuze, Faro, … Unfortunately, they all but disappeared during the 1960s; with the sole exception of Cantillon – who’s still as popular as ever.

Luckily – and thanks to breweries like Brussels Beer Project and Brasserie de la Senne, breweries in Brussels are on a revival.

Thank you for highlighting our important history, Eoghan Walsh!

Still in the Zen mood with all our stories? Relax, take a another beer and read more beersecret beer journeys.

Or you prefer rather to go on a journey with BeerSecret to face yourself in front of Liselot and enlarge your beer knowledge via one of her tours?

Don’t hesitate to contacez-nous if you have a question! 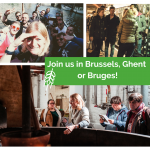 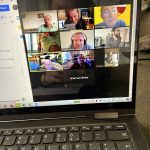 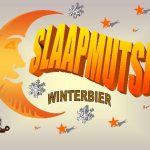